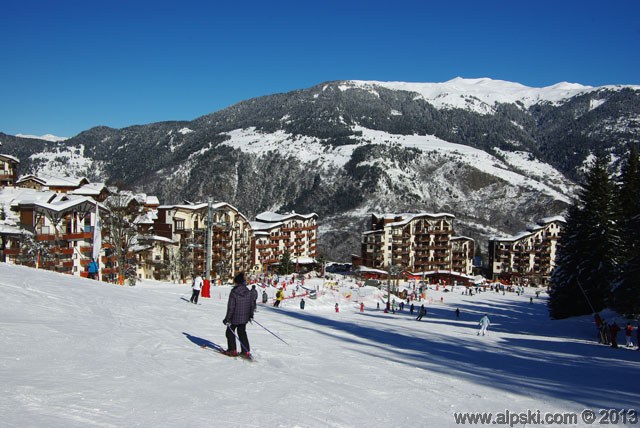 The ski resort of La Tania is located in the Savoie between Courchevel and Méribel, close to the Vanoise national park. It is situated at an altitude of 1400 metres in the centre of a magnificent spruce forest. La Tania is a recent resort that was opened in 1990. All the hotels and apartments have been designed for quick and easy access to the ski lifts and the entire village is a pedestrian- only area. The village's wooden buildings blend harmoniously with the surrounding natural environment. The resort was built on the site of an old mountain hamlet, formerly known as "La Tagna", which means bear's den in the Savoyard dialect and from which the new resort has derived its name.

The resort shares its ski area with Courchevel and its 150 km of ski slopes. All the skiers can enjoy the entire Courchevel area or the even larger Three Valleys area, giving them access to the valleys of Méribel and Val Thorens. Nobody will be disappointed with the quality of the ski slopes and the diversity of landscapes, with a lot of beautiful runs through the fir trees on the lower slopes and, higher up, large open expanses offering many off-piste possibilities. In the evening, the resort offers entertainment for all in a friendly, family atmosphere.